If you want your regular dose of scares, check out these awesome horror shows only showing on Netflix.

Freshman college student Jack Morton joins a secret society of magic called the Hemetic Order of the Blue Rose to seek revenge for the death of his mother. As he learns and gets deeply involved in the society, he uncovers his family’s deepest, darkest secrets and the fight between people who practice the dark arts and werewolves.

From the novel The Kingdom of the Gods written by Kim Eun-hee comes Kingdom, directed by Kim Seung-hon and written by Kim Eun-hee. The South Korean TV series premiered on Netflix in January 2019. Set during the time of the Joseon era, a mysterious plague is taking the lives of the people. A rumor spreads in the kingdom that the king is already dead so the Crown Prince Yi-chang must take the throne. The crown prince went to the Palace to know what has happened to his father, he was prevented from doing so. Secretly entering his father’s quarters, he found a monster instead. Now, he has to find out what caused the plague and avoid the palace guards out to arrest him.

Roberto Aguirre Sacasa is the developer of the American teenage horror TV series Chilling Adventures of Sabrina. Based on Archie comics, the series came out on Netflix in May 2018. Produced by Warner Bros. Television, Berlanti Productions, and Archie Comics. It is headlined by Kiernan Shipka who plays Sabrina. Sabrina Spellman is not your average American teenager. On Hallow’s Eve, she is about to turn 16 and she is required to undergo a dark baptism thereby embracing the witch side of her persona. She also forced to attend an exclusive academy for witches. Some forces want her to succeed while others don’t want her around. The third season has been confirmed for streaming.

The Haunting of Hill House

Mike Flanagan created and directs the Netflix original series, The Haunting of Hill House, based on the novel of Shirley Jackson of the same name. It was released in October 2018 for 10 episodes initially. It tells the story of the Crain family, who moved to the Hill House in 1992 with the intention of renovating it and putting it up on sale. Strange, unexplainable things started happening to the family that soon drove them away after a tragedy occurred. After 26 years, the family find themselves back to Hill House, this time forced to confront whatever it was that haunted them. The series stars Victoria Pedretti, Michiel Huisman, Oliver Jackson-Cohen, Elizabeth Reaser, Kate Siegel, along with Henry Thomas and Carla Gugino.

The Duffer brothers are the creators, writers, and directors of the Netflix hit, Stranger Things. The show was released in July 2016 and is now on its third season, which is the new sci-fi on Netflix, next to it being a horror show. The first season was set in the early 80s, with 3 young boys searching for their missing friend. They meet Eleven, a girl with supernatural abilities who helped them find their missing friend. In the second season, the characters try to go back to their normal lives after all the supernatural phenomena that shook the town. The series stars Winona Ryder, Millie Bobby Brown, David Harbour, Finn Wolfhard, Gaten Matarazzo, and Caleb McLaughlin.

Nerdmentality
For Nerd by Nerds. We keep you up to date on the latest gadgets, games and lifestyle trends. 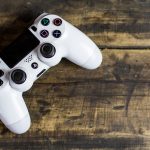 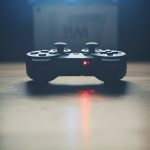 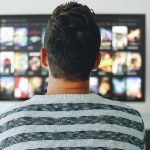 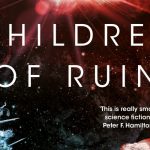